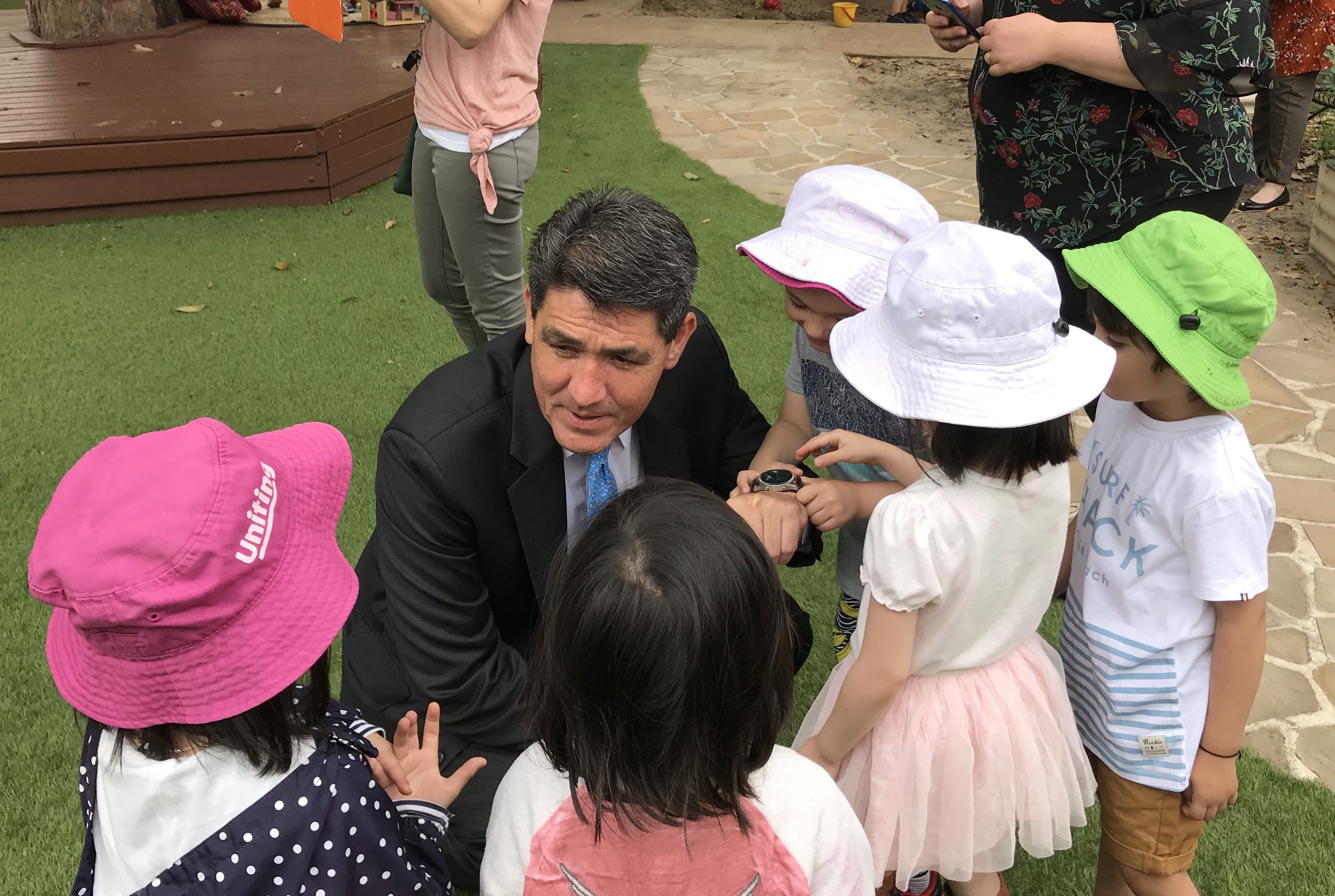 2. Tell us a bit about yourself and what other “hats” you wear in your life.

Born in Australia, I am of Chinese and Scottish heritage. I am also the first person with Chinese ancestry to be elected to the lower house of the NSW Parliament.

I am a member of: the Parramatta Chamber of Commerce; two Lions Clubs and Patron of the Castle Hill/Parramatta RSL and Dundas Sporting Club.

3. Why are you running in this election and why should we vote for you?

My passion is to realise the potential of Parramatta. I first moved to Parramatta in 1992 and since that time, I have seen endless opportunities to improve our community wasted. It was like Parramatta had been forgotten by the governments over the decades.

I want to make life better for the people of Parramatta by delivering jobs, $5 billion in much needed infrastructure, and to make Parramatta the best place in the nation to live.

That is why I am putting myself forward for re-election.

I ask voters to judge me on my track record, including delivering: traffic lights in Carlingford; pedestrian bridge in North Parramatta; Harris Park station upgrade; the new O’Connell St Public School, which opened last year; a major upgrade of Rosehill Public School and new flagship Parramatta Public and Arthur Phillip High Schools to be completed this year; the new stadium to open next month; contracts awarded to build and operate Parramatta Light Rail Stage 1 and a record number of government jobs relocating to Parramatta, with 1,800 Education Headquarter jobs relocated and 4,000 Government coming soon to Parramatta

4. What is your favourite spot in the area and why?

The Parramatta River foreshore, it’s a great place to jog and cycle along the river. We continue to invest in the 13km of foreshore to make it Sydney’s best shared pedestrian and bike path stretching from Westmead in the West to Shepherds Bay in the East.

5. What do you believe are the 3 main issues affecting our area and why?
Congestion: Population growth means more people in Western Sydney, and this means more cars on our roads and more demand for parking.

6. If elected how you would address each of those 3 issues (both short term and long term)?
Congestion: I am committed to delivering Parramatta Light Rail and better public transport. Light rail will move 9,000 people an hour and take thousands of cars off our roads. I am also committed to delivering more bus, ferry and train services and introducing new transport solutions, such as ‘last mile’ and ‘on demand’ buses that takes people to and from their homes and transport hubs. Delivering more cycle ways is another way we can take more cars off the roads, with the Parramatta Light Rail project including a new shared pathway along the Carlingford corridor.

Overdevelopment: We need to build the right development in the right location. That means apartments should be built close to major public transport hubs. Supplying more homes not only makes housing more affordable, for renters and buyers, but it gives people choice. Some people want city living, with all the amenities close by while others want to live in leafy green suburbs. But we also need to make our suburbs liveable, by improving access and connectivity to jobs, schools and universities, hospitals and transport, as well as parklands, open spaces and sporting facilities.

Cost of Living: We have already introduced a number of savings and rebates to help families, and to make it easier, these are now available at Service NSW, including:

Our Government will continue to focus on ways to help families with cost of living pressures.

7. What are the 3 key things you plan to achieve if elected?

I am committed to delivering more bus, ferry and train services and introducing new transport solutions, such as ‘last mile’ and ‘on demand’ buses that take people to and from their homes and transport hubs.

A raft of new measures will be introduced to ensure new buildings meet Australian standards. This will ensure buildings are safe, structurally sound and free from defects.

I am working hard to make Parramatta the best place in Australia to live, work and raise a family and here’s how:

Below are some of the activities that are happening across our State:

Solar farm proposals approved by the NSW Government in the last 24 months: 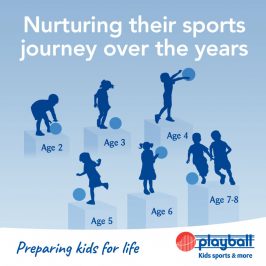 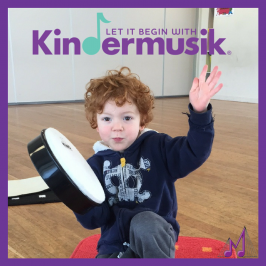 Begin Your Child’s Musical Adventure with Kindermusik! Bring Music into the Heart of Your Child!... 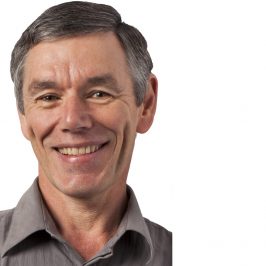 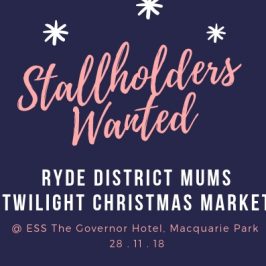 Our Ryde District Mums twilight Christmas Markets are returning for the 2nd year in a... 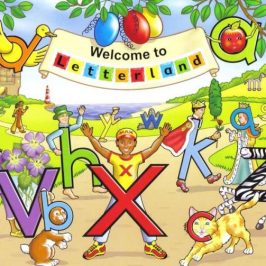 Early Learning World – Letterland Phonics Classes Letterland is a unique, multi-sensory phonics program which has been... 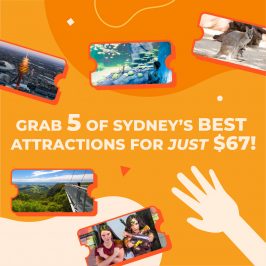 Let the little ones run wild this Spring school holidays! With Klook, you can get... 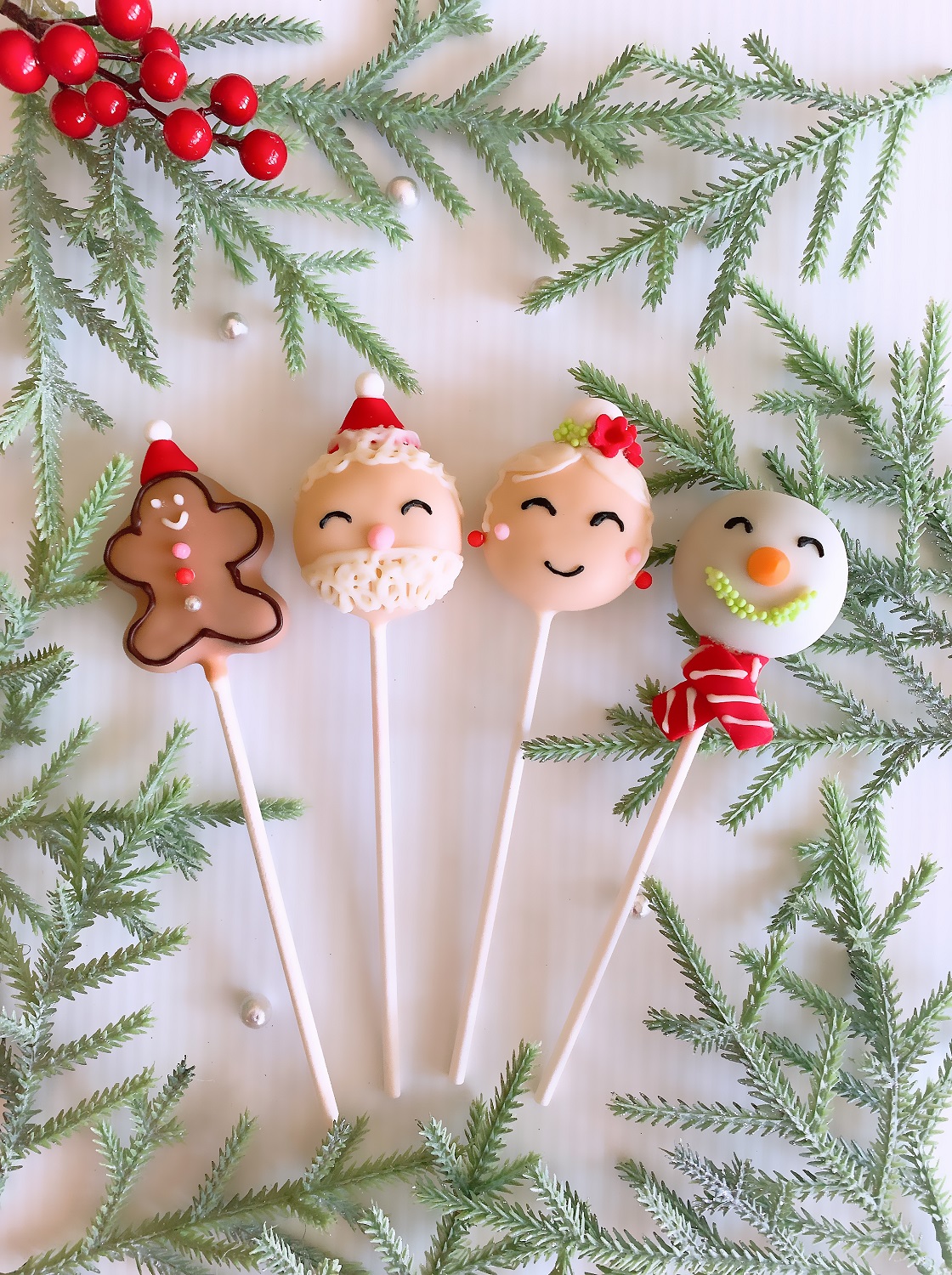 Tis the season to be sweet!

Let the little ones join the team from Sugar Pop Bakery as they teach them to create and decorate Christmas themed cake-pops.

This fa-la-la-tastic workshop includes an hour of freestyle Christmas decorating.

Take home the perfect pop sure to garner a round of a Santa-plause.

The team will be working hard all day to make your little ones experience is very special, so as they take care of every child there may be a slight delay. To help, please arrive 5 minutes before your ticket time slot with a printed or digital copy of your ticket. 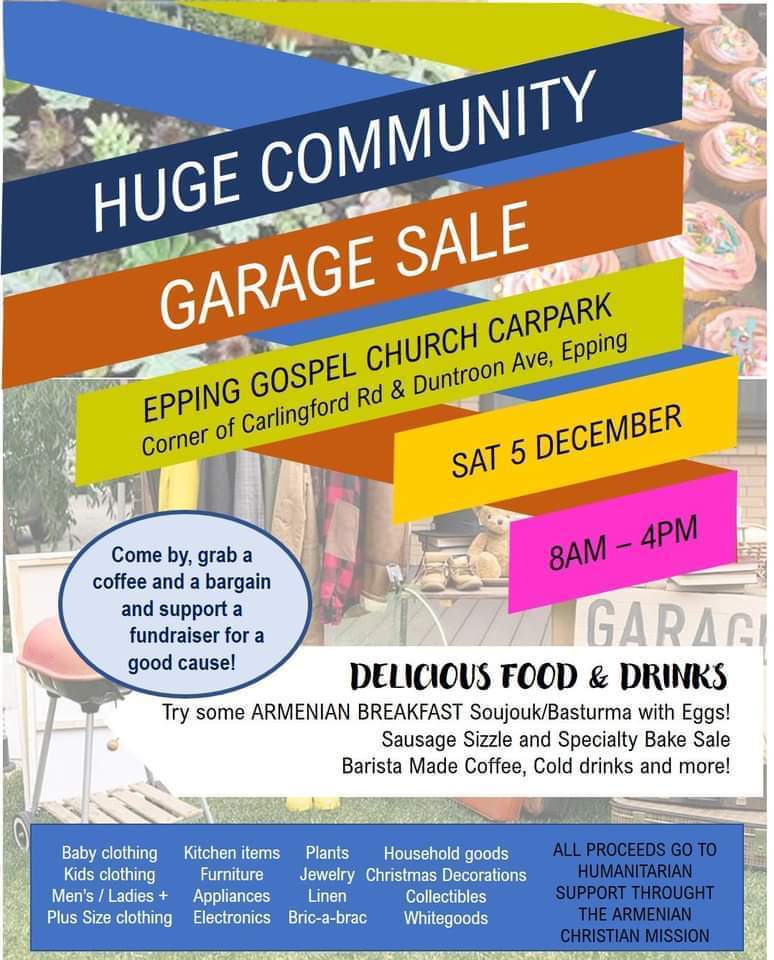 Join us for a community garage sale with a difference… All proceeds go to charity!

There will be clothes, toys, plants and lots more. Try some Armenian breakfast with a freshly ground coffee and support an amazing cause!

For the comfort of everyone we are offering a pre-sale with delivery to the Ryde / Gladesville / Eastwood / Hunter Hills/ Macquarie Park / Marsfield areas.  If you would like, delivery can be contactless with the tree left at your front door ready to decorate.

The fires and floods earlier this year impacted the growing season in NSW so all trees will be 6 ft this year.  Trees will be available for $75 including delivery with all deliveries made on Saturday 5th December 2020.  Don’t forget to order a stand if you don’t have one.

With limited supplies, we suggest you get in early and order at https://www.trybooking.com/BMOMH.

If you would prefer to select and collect a tree yourself, any remaining trees will be available until sold out at the Scout Hall at 25B John Miller St, Ryde NSW 2112 on Saturday 5th December from 8am.  Please note this is a change of address to our usual location.  Click here to see the location on google maps.

For more information, please email trees@eastrydescouts.org and we’ll get back to you as soon as possible.

Visit the eighth annual Young Archie competition exhibition at the Art Gallery of New South Wales to discover the creativity of young artists from around Australia.

Inspired by the Archibald Prize, the Young Archie competition invites children and teenagers aged five to 18 to submit a portrait of someone who is special to them and plays a significant role in their life.

More than 1800 entries were received in the 2020 Young Archie competition, which were judged by guest judge, Western Sydney based artist and winner of the 2020 Sulman Prize, Marikit Santiago, and Art Gallery of NSW family programs manager Victoria Collings.

A perennial favourite at the Gallery, the Young Archie competition is part of the family program for the Archibald, Wynne and Sulman Prizes 2020 exhibition.

Artworks receiving an honourable mention are also displayed online and, since 2014, at Sydney’s SH Ervin Gallery. 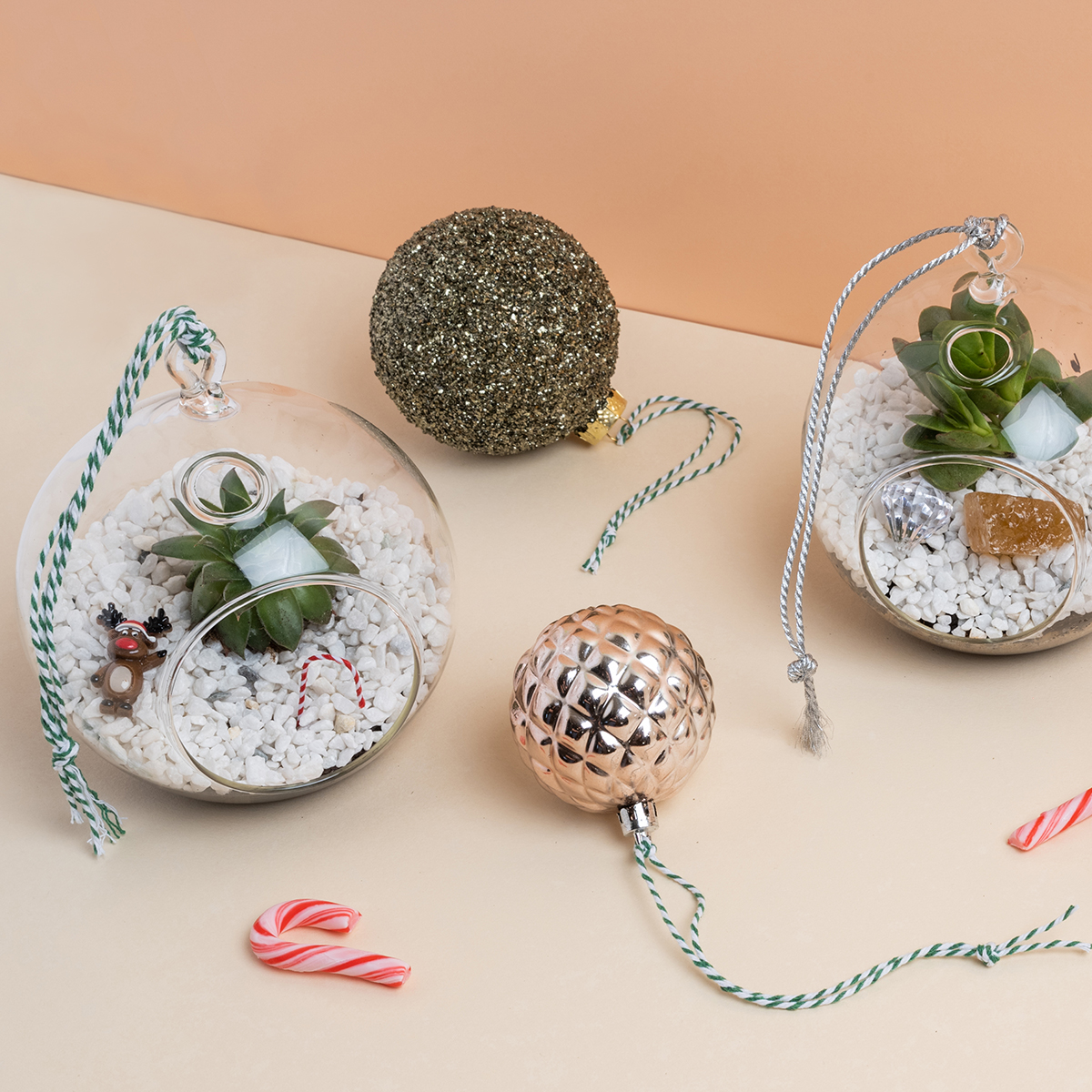 Join the team from Little Succers for a Christmas Bauble Terrarium workshop and create the perfect homemade gift or ornament for the festive season.

Create your very own terrarium complete with Christmas decorations and gorgeous succulents.

Workshop recommended for 12 years and above. 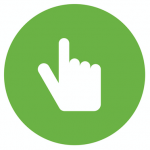 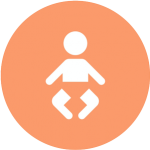 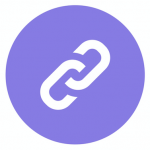 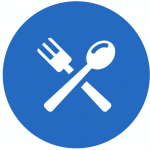 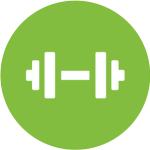 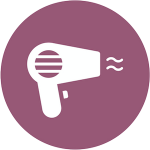 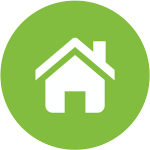 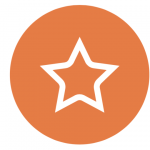 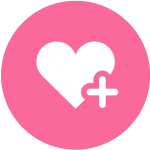 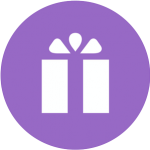 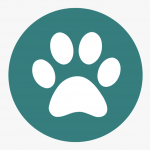 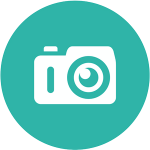 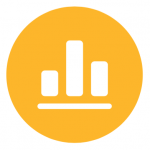 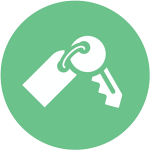 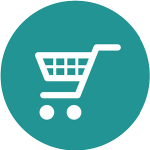